Indian Dance and Music From Maryland 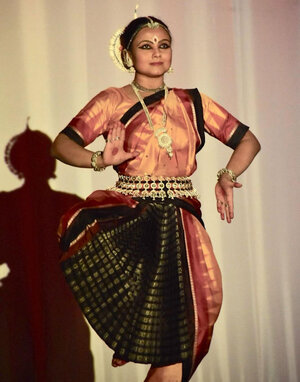 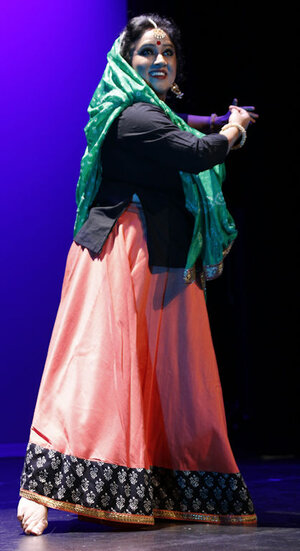 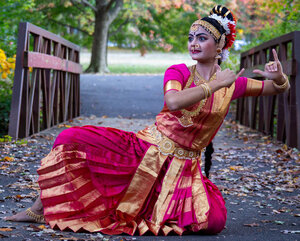 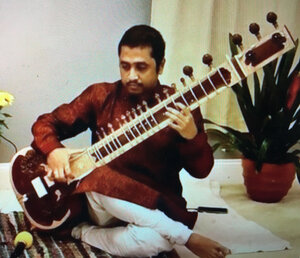 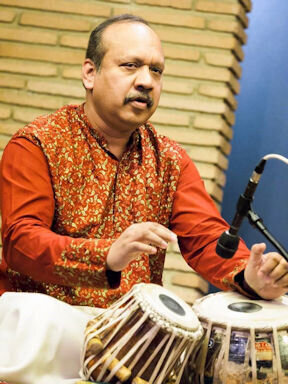 This Chhandayan Baithak Concert will feature Indian Dance by and Music from Maryland. It will be a presentation of the Maryland chapter of Chhandayan.

Arpita Rakshit Sabud, the student of Padmashree awardee guru Smt Madhavi Mudgal , is a trained Odissi dancer. Arpita started learning Odissi at a tender age of ten . Her training began under the tutelage of Guru Smt Sudha Dutta , followed by the training under Guru Smt Rina Jana . Arpita’s rigorous dance training began under her present Guru Smt Madhavi Mudgal. She as a troup member of her respected teachers , has performed in many dance festivals held in India . In USA , Arpita regularly performs in various concerts. Presently she resides in Vienna, Virginia. Arpita is teaching Odissi dance in India International School, Chantilly.

Aditi Bhattacharya was initiated into Kathak at the tender age of 5 by Padmasree Guru Smt. Rani Karnaa. Ever since she has performed widely in national and international forums winning acclaim from critics and audiences alike. A Nritya Visharad (Graduate in dance) from Prayag Sangeet Samiti, Allahabad, she has won various national competitions like the Rajya Sangeet Academy, the Talent Search Contest by Dover Lane Music Conference and has performed in various prestigious festivals like Dover Lane Music Conference, Konark Dance Festival, Thyagraj Dance Festival and other international Dance Festivals. A brand strategist by day, she celebrates her passion for dance by teaching Kathak and collaborating with colleagues in the Greater Washington DC area for various major dance productions.

Jishna Ganguly is a professional Indian Classical dancer, trained specially in Bharatnatyam and Kuchipudi dance forms. She is cCurrently involved ith the dance school Kalamandapam (USA,VA) as a teacher and a senior student.

Jishna grew up in Kolkata, West Bengal, India . She was introduced to Indian classical dance when she was three , an artform which has stayed with herever since that time. Her initial training on Bharatnatyam took place underthe tutelage of Shilpi Baruri(a disciple of Padmasree Chitra Visweswaran). Over the course of time she continued learning the dance form from other eminent gurus in Kolkata, as Girija Murali, Venkit Kalamandalam and Anita Mallick while pursuing her engineering in Kolkata. After she moved out of Kolkata to pursue her career she started learning Kuchipudi (a classical dance form of Andhra Pradesh) from Kuchipudi Art Academy in Chennaiand fell in love with its style. Additionally , she received training in creative folk dance style from Jharna Dutta (a disciple of Lt. Uday Shankar). She ishumbled to receive guidance and training from eminent dancers of India such as Jamini Krishnamurthy ,Chitra Viswesaran , Sudarshan Chakrovorty, Sandip Mallick , Debasree Bhattacharya etc.

She has performed in many prestigious stages in India including Kolkata,

Bhubaneswar, Delhi. She traveled abroad at the age of 15 to attend a call show organized by British Council in London,UK. She has taken part in several festivals and concerts in India , USA and UK . Recently in January2020 she did her Nrithya sambhavana (Solo recital ) in Kuchipudi in ICCR, Kolkata under the guidance of her present Guru Mrinalini Sadanada which has received sincere applause from the audience and media.

Sibasish Laha is by profession a scientist at NASA. He has been very deeply involved in Hindustani classical music since his childhood days. He received talim on Dhrupad (vocal) from his grandmother (Mrs Pranati Nag), who was the student of Pandit Uday bhushan Bhattacharya of pathuriaghata in Kolkata. Sibasish’s Sitar lessons started much later in his life under Pandit Bimalendu Bandopadhyay of Maihar gharana. Later in Pune he had the privilege of learning from Ustad Shahid Parvez’s son Shakir khan of Etawah gharana, which he is still continuing. He has performed Sitar in India, United Kingdom, and USA (California, Maryland) in the last 10 years and he is continuing his pursuit for musical excellence with vigour.

Devapriya Nayak (Debu) was born in West Bengal, India, and began learning tabla at the age of three from his grandfather, Chaudhury Kausalya Nandan, who was an accomplished pakhawaj and tabla player of the Punjab Gharana. Later, Debu became a disciple of Pt. Radhakanta Nandi of the Benaras Gharana. In 1981, Debu came to the US to pursue higher studies and continued his tabla taalim from Maestros like Ustad Zakir Hussain, Pandit Anindo Chattergee and Pt. Samir Chatterjee.

Recently, his tabla was featured in a collaborative effort of Indian Classical Music and Jazz album titled Probe. Debu, along with the members of Probe, have also performed at the Smithsonian Institution and at the Kennedy center Eisenhour theater.

His new CD is called 3D – three Disciples CD is available at Chhandayan store and Tabla Rising is also available from tablaguy.com.